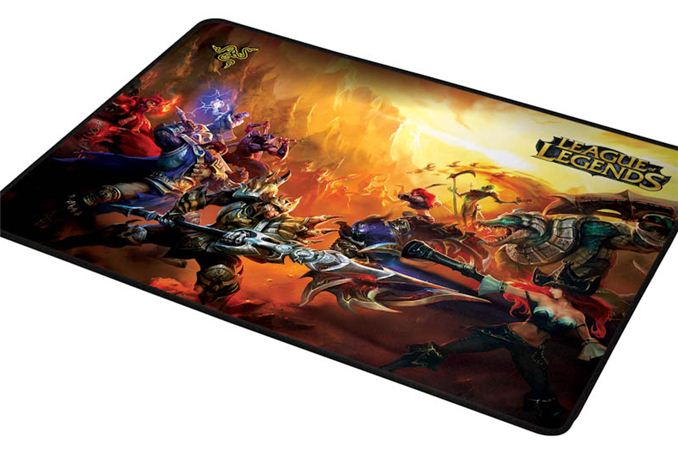 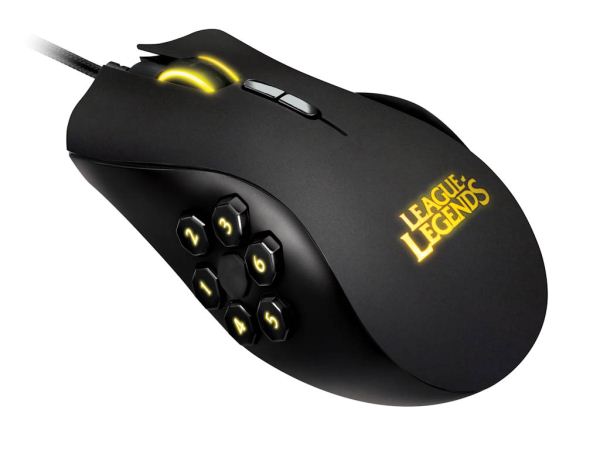 The League of Legends Edition Naga Hex (which I’m going to abbreviate as the Naga Hex LoL) is very similar to the Naga Hex, except with a matte texture to the upper body, an illuminated League of Legends logo, a different font on the buttons, and yellow LED lighting. Starting with the MMO-centric Naga, Razer created the Hex specifically for MOBA (multiplayer online battle arena) games like LoL, so centering their League of Legends product initiative around the Hex is pretty logical. The rest of the basics from the Hex are still here - six thumb buttons on the side for quick item/spell access in MOBA games, a 5600dpi laser sensor, and Synapse 2.0 integration. Other minutia: mouse buttons rated for 250 clicks per minute, a scroll wheel with 24 click positions, 7-foot long braided cable, and a gold plated USB connector.

The Naga Hex is a pretty good mouse for MOBAs, I know a few LoL addicts who enjoy it quite a bit. It’s no coincidence that the six thumb buttons correlate so well with the gameplay in League of Legends. But this is exactly the same mouse as the Hex, except with the League of Legends branding. It retails at $89.99, which is exactly $10 more than the regular Hex. It’s not a ton extra, so if you’re a big fan of League, it’s not a bad way to go. 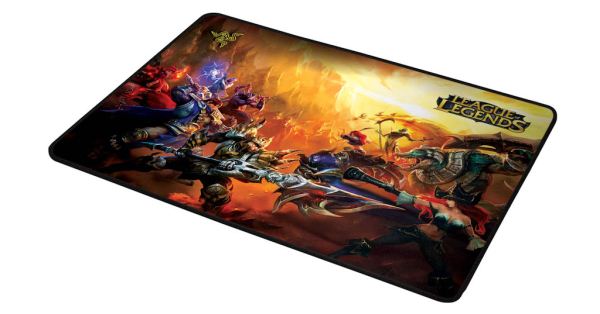 The League of Legends Edition Goliathus Speed is a pretty fancy looking piece of kit. It’s a mousepad with a legitimate sense of visual drama, featuring artwork depicting a scene of various champions battling. It’s attention grabbing, I’m a fan. Other than the artwork, this is exactly the same as the regular Goliathus Speed mousepad. It comes in one size - the standard 355mm by 254mm, and retails for exactly the same $19.99 as the non-LoL Goliathus. If the eye-catching graphics appeal to you, it makes for an interesting alternative to the standard black and green colour scheme of the Goliathus. Both League of Legends branded peripherals come with free Tryndamere codes, though I suspect that most people who would buy one of these would already have said champ.