Wrapping things up, we enter the final category of Ultrabooks and ultraportables, though these days we’re dealing almost exclusively with the former. In some cases we’re just getting the final high-end components from the previous category (Core i7 and 240/256GB SSDs), but there are a few other extras out there that might be worth the extra money. Let’s start with one of those. 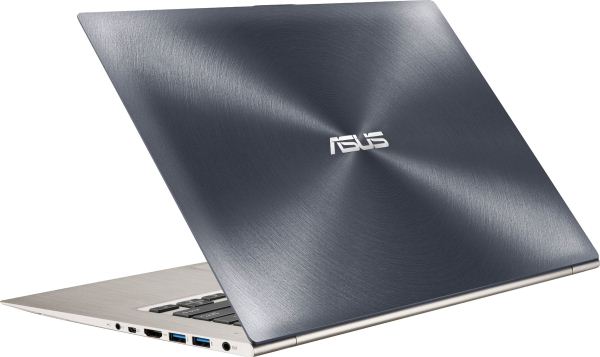 The Acer M5 certainly packs a fairly potent CPU and GPU combination into an affordable package, but the overall quality of some elements is lacking. The display in particular is a sore spot, so what if you could get a similar laptop but with a 1080p IPS display? What you’d end up with is the ASUS UX32VD-DH71. It’s the big brother of the UX32A, which mostly means the display isn’t 1366x768 junk and you get a Core i7 CPU. You also get a GeForce GT 620M GPU, which actually isn’t all that fast, but it’s still probably twice the performance of the HD 4000 and you’re not as apt to throttle the CPU. Because of the design, you can also use standard 2.5” SSDs, making it possible to ditch the 500GB HDD and go for something faster. As noted earlier, Windows 8 is also shipping on the UX32VD now, so if you’re not keen on the new UI consider ClassicShell or Start8 as a good way to fix what MS broke. The UX32VD-DH71 currently sells for around $1300.

At present, there are two 1080p Ultrabooks with touchscreens that I’m aware of, and we have them both in for testing. Each has some perks as well as a few quirks, so both are worthy of consideration.

I have to say, the first time you see the Aspire S7, you’ll very likely wonder if the Acer logo on the back isn’t a mistake. This is an extremely attractive laptop, and to my knowledge it’s the thinnest laptop anyone has ever shipped—it’s a whopping 0.47” (11.9mm) thick, which is in thick tablet territory! Acer’s 1080p display is good if not exceptional (colors are not anywhere close to accurate, though it’s at least reasonably bright), and you can go for either a Core i5-3317U with a 128GB SSD ($1300) or spend $350 more to get a Core i7-3517U with a 256GB SSD—actually, it’s technically two 64GB SSDs or two 128GB SSDs in RAID 0, which is one of the quirks. Anyway, if the $350 upsell sounds like highway robbery (it is!), we recommend the Core i5 model—95% of the performance, but with half the internal storage. One of the coolest things about both Windows 8 Ultrabooks that I’ve tested is that they can complete a full boot into the OS in about 10 seconds, and with the touchscreens the Windows 8 UI at least makes a bit of sense. 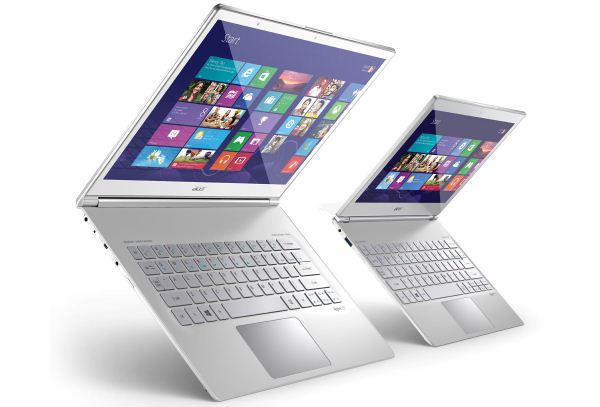 The biggest issues I have with the Aspire S7 (full review forthcoming) are the keyboard and the touchscreen. Starting with the latter, there’s no real issue as such, but reaching across the keyboard to touch the display feels a bit cumbersome. What the S7 needs is a way to turn into an actual tablet, like the Lenovo Yoga on the previous page or the Dell XPS 12 we’ll get to in a moment. You can lay the screen flat (180 degree hinge), but that’s not the same as a tablet. The keyboard is a far more irksome design, unfortunately, at least in my view. You see, I like to use keyboard shortcuts and that means using the function keys; Acer has chopped off the fifth row of keys, merging the function keys with the numbers. There are some other odd key locations as well, but the missing function keys is my biggest complaint. Given enough time I could probably adapt, but every other laptop and keyboard I use has function keys so it still frustrates me.

If Acer does a revised S7 in early 2013, changing the keyboard and creating a real tablet mode need to be at the top of their list. Pricing is also going to raise some eyebrows. I know people spend a lot of money on certain laptop brands, but those are generally business laptops or Apple products. I have a difficult time believing people will pay anywhere near $1300 for the base model S7-391, or $1200 for the 11.6” S7-191, regardless of how nice they look, simply because Acer’s brand lacks the necessary cachet.

If you take all of the interesting points from the Acer S7 and fix the keyboard along with creating a workable tablet mode, you get the Dell XPS 12. This is actually one of the coolest laptops I’ve seen in some time, and while I was concerned about the “flip-screen” aspect holding up long-term when I first saw it, in hand the mechanism feels quite robust. Short of some abuse or an accident, the hinges feel like they’ll last many years. And that’s good, because the flip-screen is really cool. You can use the XPS 12 as a regular laptop, or you can flip the screen 180 degrees and close it, creating a tablet. One thing that’s very obvious is that the XPS 12 is quite a bit thicker than any Android or iOS tablets, but the Core i5/i7 Ivy Bridge processor at its heart is also substantially faster than any of the ARM or Atom parts we’ve seen elsewhere. 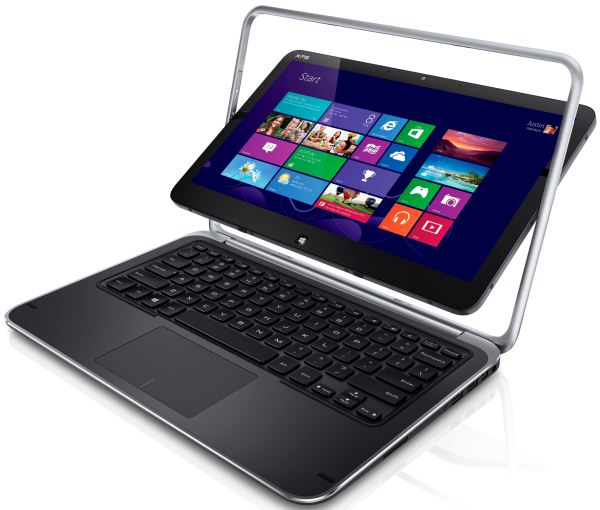 This guide specifically focused on Ultrabooks and ultraportables, which eliminates a huge portion of the mobile market. We’ll look at doing other mobile guides in the coming days that get into the areas we’ve missed, including gaming laptops, other budget offerings, and even tablets. For now, we’ve listed about a dozen laptops that we could recommend for various reasons. Not every laptop would be a good fit for every person, but if you want something that’s easy to carry around—either for work, school, or some other reason—you should have several worthy options to consider. What did we miss, or do you have a converse opinion on any of our recommendations? Let us know in the comments!