Although AMD's second-generation mainstream APU platform, codename Trinity, launched months ago in notebooks the official desktop launch is today. Rumor has it that AMD purposefully delayed the desktop Trinity launch to clear out unsold Llano inventories in the channel. Although selling APUs in notebooks is pretty easy, convincing desktop users to forgo the discrete GPU option (and ignore Intel) has been a tough battle for AMD. I keep going back to two slides that show us where AMD wants to go and the cores it'll take to get there:

The ultimate goal is this beautiful cohesive operation between CPU and GPU on a single die. That future will require a lot of software support, not only at the application level but also at the OS level. And I'm not talking about Windows 8. We're still far away from this APU dominated future, but AMD is marching in that direction. The second slide shows the x86 cores that we'll see from AMD along the way. AMD is still playing catch-up in the x86 CPU space and it's got a lot of lost time to make up for. There's no hiding the fact this is going to be a multi-year effort to simply get close to Intel's single-threaded x86 performance. Through pricing, leveraging its GPU technology and throwing more transistors at the problem AMD can still deliver competitive solutions, but it's not going to be a walk in the park.

Last week we took a look at the GPU side of the desktop Trinity APUs. We looked at the top end 384-core Radeon HD 7660D configuration as well as the slightly slower 256-core Radeon HD 7560D GPU, both of which easily outperformed Intel's HD 4000 and HD 2500. As far as processor graphics go, Trinity on the desktop maintains a healthy lead over Intel. There's still a place for discrete GPUs but that's pretty much at the $100 and above price points. 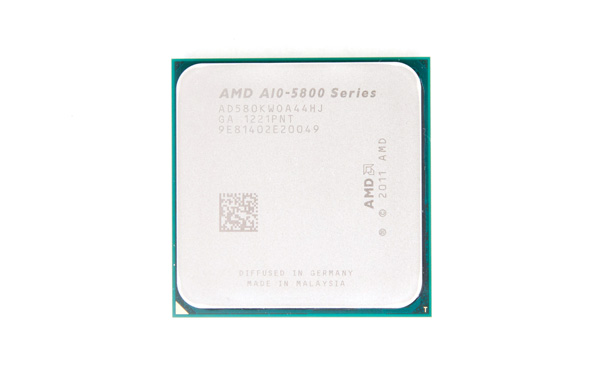 Today we're able to talk about pricing and x86 CPU performance among other things. The good news on that front is the most expensive Trinity APU is fully unlocked and is priced at $122:

Compare this to Llano's launch where the top end SKU launched at $135 and you'll see that AMD is somewhat getting with the times. I would still like to see something closer to $100 for the A10-5800K, but I find that I'm usually asking for a better deal than what most CPU makers are willing to give me. 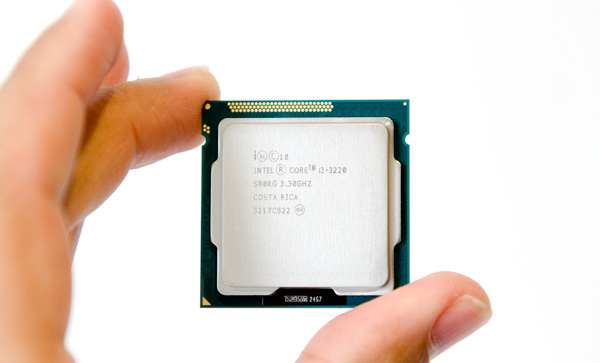 AMD's competitive target is Intel's newly released Ivy Bridge Core i3 processors. There are only five Core i3s on the market today, four of which use Intel's HD 2500 graphics. The cheapest of the lineup is the Core i3 3220 with two cores running at 3.3GHz for $125. Intel disables turbo and other features (there's effectively no overclocking on these parts), which AMD is attempting to exploit by pitting its Trinity K-series SKUs (fully unlocked) against them. AMD's TDPs are noticeably higher (100W for the higher end K-series parts compared to 55W for the Core i3s). Intel will easily maintain the power advantage as a result under both CPU and GPU load, although AMD's GPU does deliver more performance per watt. Power consumption is a major concern of AMD's at this point. Without a new process node to move to for a while, AMD is hoping to rely on some design tricks to improve things in the future.

At the low end of the stack there are also two Athlon X4s without any active GPU if you just want a traditional Trinity CPU.

This will be our last CPU/APU review on the current test platform/software configuration. The next major CPU review will see a move to a brand new testbed running Windows 8. As always you can get access to far more numbers than what we report here if you use our performance comparison engine: Bench. Of course if you want to see the GPU and GPU Compute performance of AMD's Trinity APU check out part one of our coverage.