Today Intel has announced that it will be holding a launch event on April 6th for the new vision of its Data Platform Group. This event is set to ‘unveil the next chapter’ in all the areas that Intel’s DPG touches, from edge to cloud, as well as offering an early look at 3rd Gen Intel Xeon Scalable systems, which we’ve come to understand is the Ice Lake Xeon platform. Key speakers at the event include Intel’s new CEO, Pat Gelsinger.

Intel has formally clarified today that this event on April 6th will be the formal official launch of 3rd Generation Xeon Scalable (Ice Lake). Official start time for the event is 8am PT on April 6th. 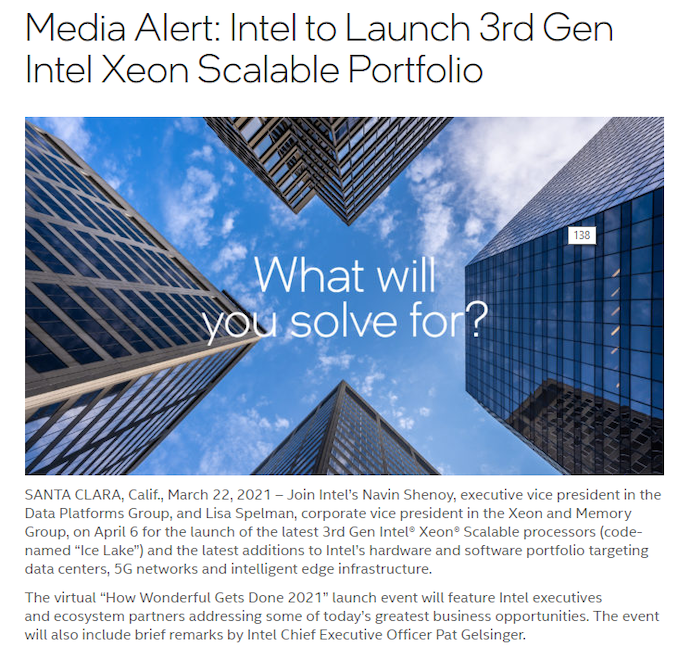 How Wonderful Gets Done 2021

Subtly dropped in my email today as part of the Intel weekly on data center progress, the company have announced a ‘How Wonderful Gets Done 2021’ event built upon the Data Platform Group’s progress as well as the vision for the segment of Intel looking to the future. The key headliner, present in our email but not on Intel’s website, is that the event will host an ‘early look at 3rd Gen Intel Xeon Scalable processor-based systems’. It is unclear if this means CPUs or just OEM designs, or if we’ll see benchmarks, but it is clear that Intel’s OEM partners are practically ready to go based on some of the published data already available. 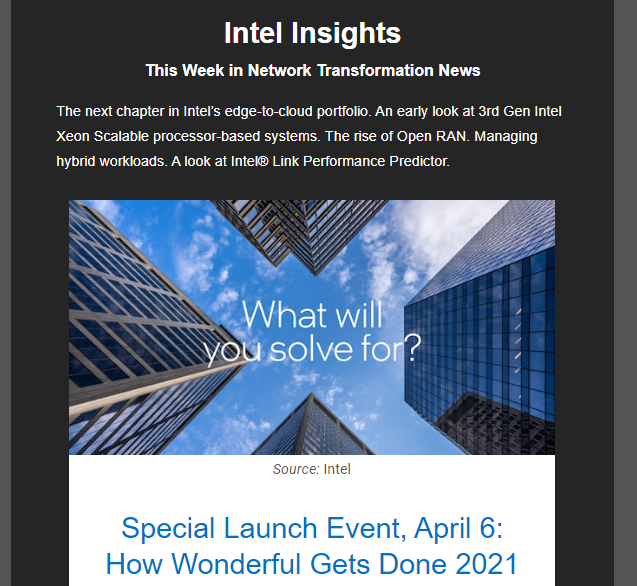 One of the accompanying videos on the event website is a 10 second montage of things forming the letter ‘X’, and the words ‘what will you solve for’.

The event will be held on Tuesday April 6th, starting at 8am PT, with keynotes from new Intel CEO Pat Gelsinger, EVP and GM of DPG Navin Shenoy, and CVP and GM of the Xeon and Memory Group, Lisa Spelman.

Sessions for the day will include:

Recently it was announced that Pat Gelsinger will be hosting an event on March 23rd, and in that announcement an image of an Ice Lake Xeon Scalable wafer was given as the title image for that announcement, perhaps indicating that the release of ICL-SP is close. Intel did say at the beginning of the year that ICL-SP is expected to launch ‘within months’, and a number of Intel’s partners are already starting to demonstrate systems with appropriate processor support. 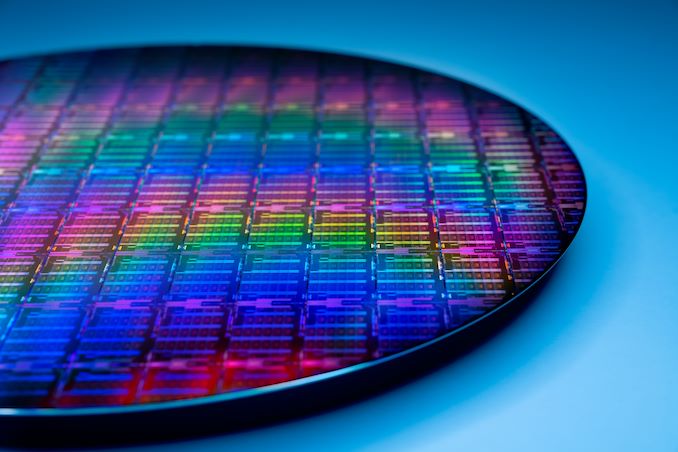 We also learned recently that Intel has already shipped 115K+ (and more) Ice Lake Xeon Scalable processors to over 30 of its high-profile customers, even though the processors have not yet been launched. This is typical for a server processor, as these customers also help test, debug, and deploy the hardware at scale so it is ready to go from day one.

Similarly, in discussions with Intel, it is clear that the company is keen to promote its combined solution efforts to the market when it comes to the data center – Intel’s value, according to the company, is in its ability to provide the CPU, the networking, the memory, the storage, the AI accelerators, the software, the optimizations, the range of options, and the support structure that its competitors cannot. This combined solution Intel believes affords its customers a better TCO offering, as well as better optimized performance especially now that workloads are hitting a variety of bottlenecks such as storage, connectivity, and acceleration.

We are all set up for the event and will be watching along. If there are opportunities to ask questions, you bet we will.