Want to catch some of the most interesting new trailers and gameplay footage from 50+ upcoming games, spanning AAA to indie? On Friday 28th August, at noon PDT / 3pm EDT / 8PM UK, our sister site GamesRadar+ will be running a special edition of the Future Games Show, an online digital showcase event with some of the biggest game studios.

The event will be hosted by David Hayter and Debi Mae West, voice actors of Solid Snake and Meryl Silverburgh from Metal Gear Solid. Alongside trailers, demos, and a gameplay showcase, the event is set to feature developer interviews for titles coming later in 2020 or early 2021. This will include premieres, feature announcements, details about free demos, release dates, and popular games that might be spreading across to other platforms. The content will include games from every major gaming platform, including PS5, Xbox Series X, Switch, PC, PS4, Xbox, and even Stadia. 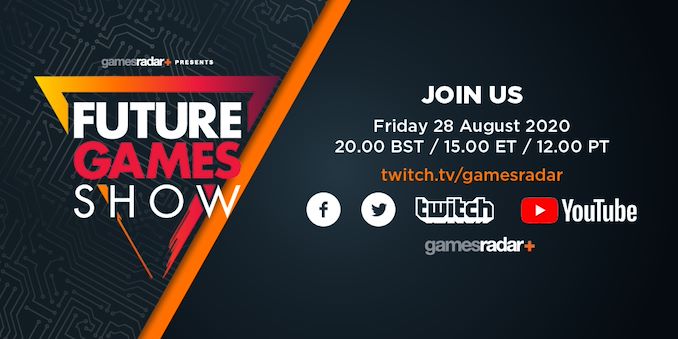 How to Watch the Future Games Show

It will take place at 12:00pm (noon) PDT, 3:00pm EDT, 8pm UK, on Friday August 28th , and be streamed across several different platforms, such as Twitch, YouTube, Twitter, and the GamesRadar+ homepage. Everyone is invited!

The first Future Games Show back in June was presented by industry legends Nolan North and Emily Rose of Uncharted fame and featured games from a multitude of partners, drawing in more than 10m+ viewers. It can be seen over at GamesRadar+ half-way down the page.