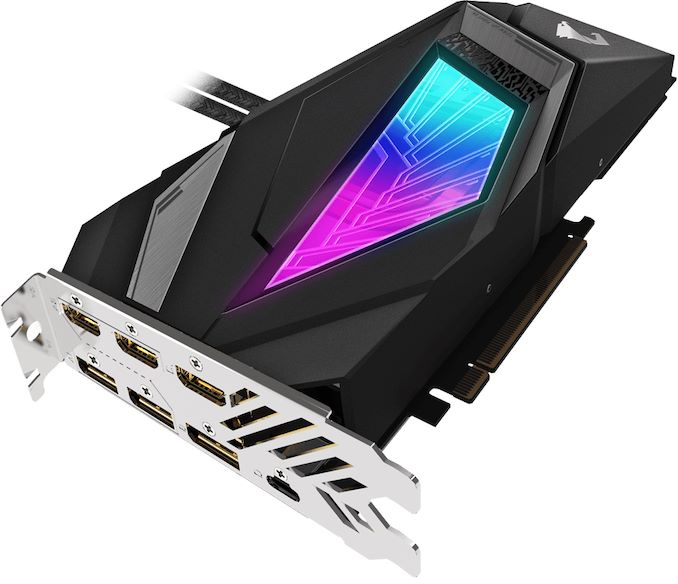 Both graphics cards are based on NVIDIA’s TU104 GPU with 3072 cores clocked at 1615 MHz in base mode and up to 1860 MHz in boost mode. Compared to reference NVIDIA graphics boards powered by the same chip, GIGABYTE’s Aorus GeForce RTX 2080 Super Waterforce 8G feature seven video outputs, up from five. Both graphics cards feature liquid or hybrid cooling systems that cool down the GPU, memory, and VRMs. 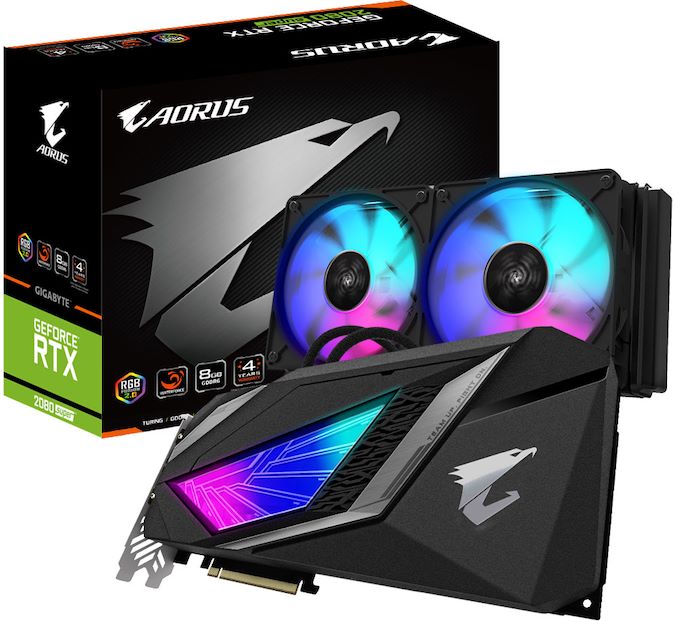 The Aorus GeForce RTX 2080 Super Waterforce 8G is a dual slot video card that is equipped with a hybrid cooling system featuring a 240-mm heat sink and two fans. Being aimed at enthusiasts, the board and the cooler feature addressable RGB LEDs that can be controlled using appropriate software from GIGABYTE. 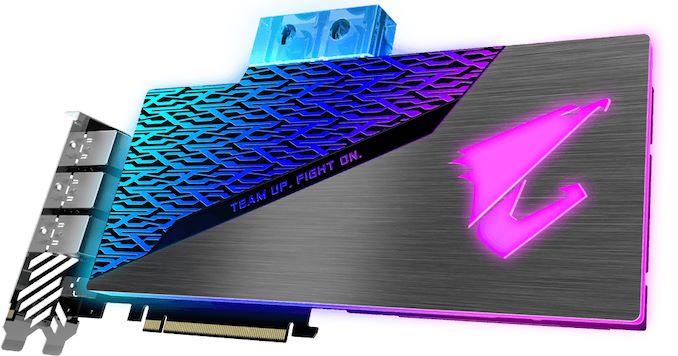 The Aorus GeForce RTX 2080 Super Waterforce WB 8 comes with a water block only and is meant for PCs with custom liquid cooling solutions. Looking extremely stylish, the water block has addressable RGB LEDs.

GIGABYTE’s retailer partners will start to sell the new graphics cards in the near future. A clear advantage of the new units is their four-year warranty, which is especially valuable in Europe where a two-year warranty for electronics is a usual thing.