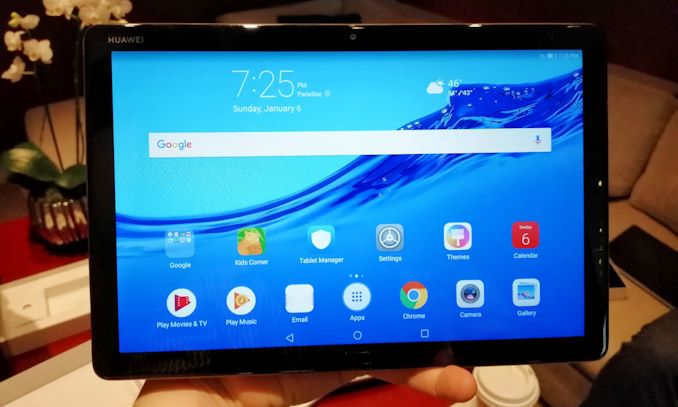 Back at MWC 2018 we saw the launch of the MediaPad M5 and M5 Pro: high-end tablets attempting to revitalise the premium Android tablet market. Today Huawei is announcing a cost-down version of those devices for the US market, in the MediaPad M5 Lite. 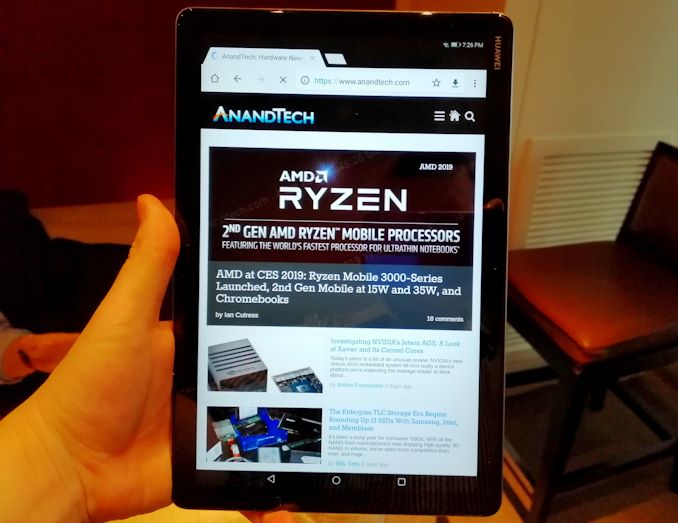 The M5 Lite sits between the two versions of the M5 at a 10.1-inch display, although with a smaller 1920x1200 resolution. The chipset is also lower down the stack, as rather than the Kirin 960 these parts have the Kirin 659: an octa-core A53 variant. This is valid in a cost-down model for sure, as the MediaPad M5 Lite, with a bundled 2048-level pressure sensitive M-Pen, will be $299.

On the M5 Lite there is a quad speaker system developed in partnership with harmon/kardon, and the 3.5mm headphone jack supports Dolby Atmos. The M5 Lite will be offered as a Wi-Fi model only, but the large size allows for a 7500 mAh battery which should give 10-12 hours of video playback time and 40 days of standby. The port on board is a Type-C, and the unit comes with an 18W (9V/2A) charger. Memory and storage is fixed at 3GB and 32GB respectively, however there is a microSD card slot good for up to 256GB. Cameras are listed as 8MP for both front and rear. 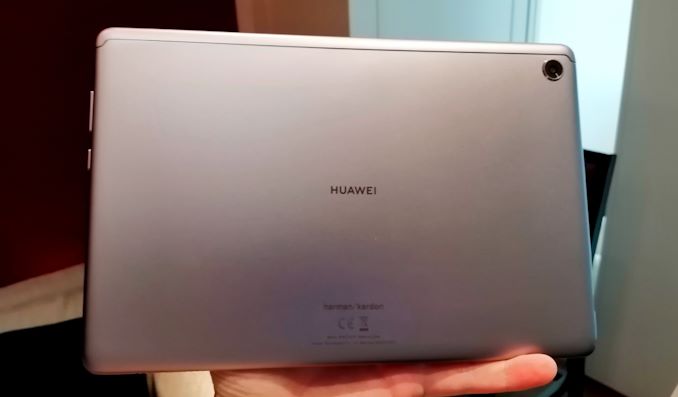 User experience features on the device include an enhanced eye-comfort mode, user profiles based on finger print entry, the aforementioned M-Pen, and a ‘Kid’s Corner’ technology that allows parents to limit what applications their children can use and also fix time limits on various apps.