Our next step up is the $1000, give or take, which is now firmly into the realm of quality Ultrabooks. I’m going to be a bit of a pill and take a hard stance on size: the screen needs to be between 12.1” and 14”, and weight needs to be under five pounds and (preferably under four pounds); anything smaller or larger isn’t going to be considered. It’s a personal judgment call, so if you disagree you’re welcome to do so in the comments, but I’m trying to pare down the list of candidates to a manageable number.

I initially thought I’d have this on the previous page, as it qualifies based on price, but the fact is when I got through looking at the midrange (around $1000) ultraportables, there wasn’t a lot out there that I really like. Most of the products are basically the higher-spec versions of the midrange stuff we just looked at, so you’re getting Core i5 or possibly Core i7 with 120GB/128GB SSDs. That’s a pretty steep upsell when the cost of the SSD should be under $100 these days. So, I decided to put the budget gaming Ultrabook on this page. 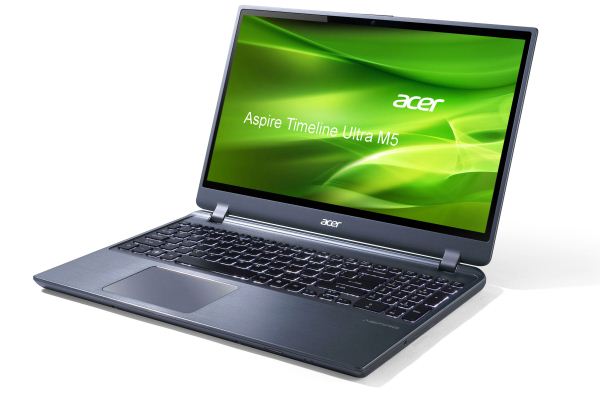 You might wonder how it’s possible to even get “budget”, “gaming”, and “ultrabook” into a single product, but the fact is that there’s exactly one laptop out there that qualifies: the Acer TimelineU M5. It’s not going to win awards for screen quality, but I’ve had one for review (that sort of got pushed to the back burner) and I actually like what Acer has done. Priced at $750 even, the TimelineU M5-481TG-6814 gives you and i5-3317U processor with a 500GB HDD and 20GB SSD (with the SSD being solely for the purpose of fast resume). You also get an optical drive, and to turn all of this into a viable gaming Ultrabook Acer ships it with the GeForce GT 640M LE GDDR5.

The CPU is sufficient for moderate gaming, but the GT 640M LE is actually surprisingly potent, especially when running at the laptop’s native 1366x768. Battery life is also quite good, and while we’re dealing with a 14” Ultrabook the weight is still manageable at 4.3 pounds. Anyone that suggests that AMD’s Trinity is the best mobile gaming solution on a budget needs to take a long look at the M5, as the GT 640M LE beats even the A10-4600M iGPU in gaming potential and the price is similar if not lower. I even like the keyboard layout for the most part, and if you’re not interested in jumping on the Windows 8 bandwagon the M5 still ships with Windows 7.

We’re dealing with opinions, naturally, but the best Ultrabook I’ve tested so far is and continues to be the ASUS UX31A. The keyboard feels good, the build quality is excellent, and the display…oh, the display! There are quite a few other Ultrabooks now shipping with 1080p displays, but guess what? Most of them are glossy touchscreens, and they’re all priced higher than $1100 (which is my cutoff point for “Midrange Ultrabook/Ultraportable”). The UX31A-DB51 earned a Bronze Editor’s Choice award back when we reviewed it, and it still holds up well nearly four months later. 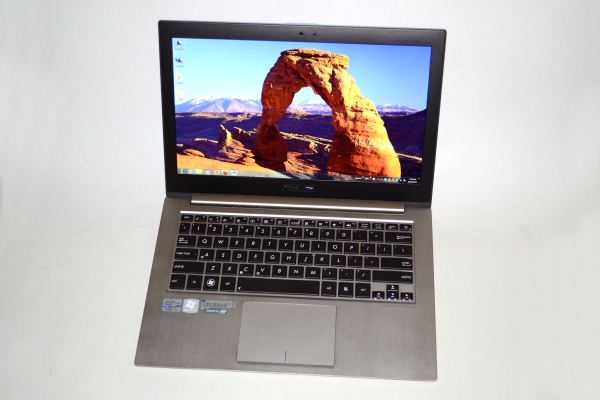 The UX31A is now shipping with Windows 8, which may actually be a downgrade in the opinion of some people, but my experience is that all you need to do is install ClassicShell or Start8 and you should be fine. The biggest complaint I have with the UX31A is that it appears ASUS pulled a fast one and started shipping SanDisk U100 SSDs instead of the ADATA SF-2281 SSD we tested; storage performance will be slower, but unless you’re really pounding the SSD it’s not likely to be a huge problem. You can get the UX31A-DB51 with an i5-3317U, 4GB RAM, and 128GB SSD starting at $1030. 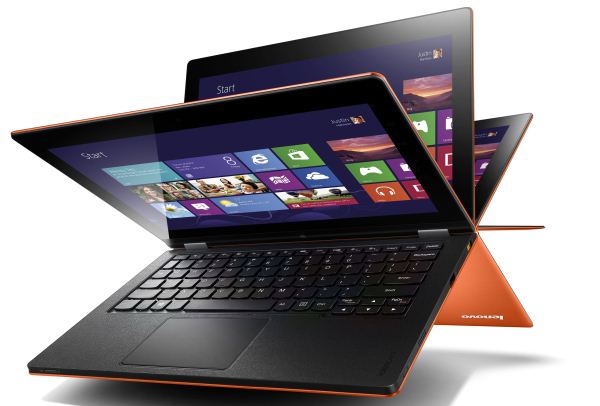 With Windows 8 we now have an incentive for including touchscreens on laptops. That means glossy LCDs (matte doesn’t play well with fingerprints!), but more importantly it means we’re actually seeing more IPS panels. If you’re looking for something designed with Windows 8’s touch UI in mind, the least expensive way to get there without making other sacrifices is the Lenovo Yoga 13, tipping the scales at $999 (with the current $100 “YOGADEAL” discount) and shipping with a 1600x900 LCD, 4GB RAM, 128GB SSD, and an i3-3217U processor. The next step up is at our $1100 limit, but it will net you 8GB RAM and an i5-3317U (or $30 more for the orange model).

I was super impressed with the Yoga when I saw it last CES, and the ability to fold the keyboard/base under the display to end up with a  tablet is something you really need if you want to use the touchscreen interface. I’m not sure how much I like the keyboard being exposed in this mode, which is my biggest concern (the keyboard is deactivated when you flip it under, but it’s still exposed), but it’s still a very cool looking device. If you want most of the elements but prefer a traditional laptop (and probably higher build quality and materials), Lenovo also has the recently launch X1 Carbon Touch available, albeit starting at $1500 for the base model.

So Why Not Get a MacBook Air? 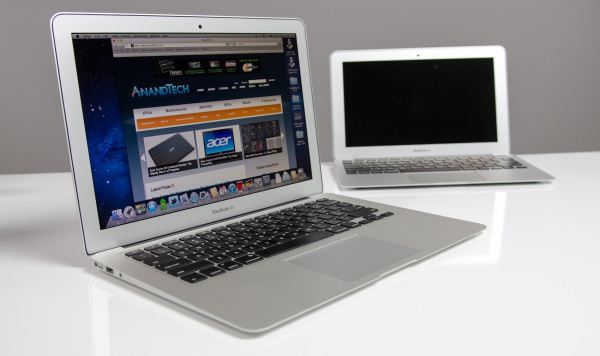 At this price, you have to wonder: why not just get a MacBook Air? Well, there’s one good reason to not get a MacBook Air: you prefer Windows. The converse of that is the one major reason to actually get a MacBook Air: you prefer OS X. If you’d be happier with OS X than Windows, the latest MacBook Air 11 and MBA 13 are the way to go. If you’re on the fence, you’ll have to head to an Apple reseller and try it out first, but for $1100 the MBA 13 is certainly compelling. The CPU and RAM are basically the same as the ASUS UX31A above, but the SSD is different and Apple goes with a glossy 1440x900 LCD.

The biggest reason to not buy the MacBook Air at this point is that it’s five months old; if you weren’t swayed at launch, nothing has changed in the intervening months that would really change the situation. Even so, if you don’t want to go with the ASUS UX31A, the MBA 13 is probably the only other candidate I’d seriously consider before we get to the high-end offerings on the next page. Actually, there's a second reason to skip the MacBook Air now: the MacBook Pro 13 Retina; I still remain a Windows user so neither option appeals to me, but if you're an OS X person the rMBP 13 is certainly worthy of serious consideration. Obviously, it costs quite a bit more, but rather than list it on the next page I'm just going to mention it here.